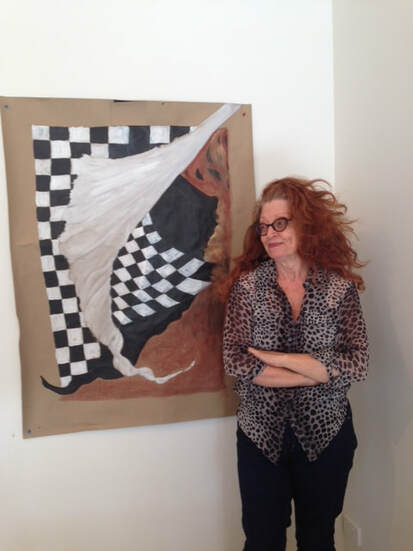 photo by Marina Bagley
Barbara Cope lives in Baddeleys Beach on the Takatu Peninsula. As an Artist she has mostly worked photographically, describing her practice as quite random and eclectic, and over the last few years her work has distilled itself into a form of the self portrait, exploring ideas around identity, vanity fragility and aloneness.
From 2011 until 2016 she was involved with the group Matakana Images, co- ordinating and curating an annual show for the Auckland Festival of Photography which saw the group move from the Fringe sector of the Festival, to Signature shows in the Festival from 2014 until 2016. Since 2017 Barbara has continued to exhibit with LOCUS; a group of five women photographers, connected by their gender, voice and shared exhibition history.
Joining the Mangawhai Art House Painting Group with Mandy Thomsett-Taylor in 2016 meant being able to access her love of drawing and painting in a separate environment. Based in the figurative, Barbara experiments with controlling the fluidity of line and colour and loves the chance effects of painting or drawing into a prepared wet ground.
​Prior to 2009 Barbara exhibited consistently in Auckland [Satellite, Northart and the Depot] and locally in Matakana where she lives, including Sirius in 2006 at the iconic Matakana Pictures and a solo show, Emigration at Satellite Gallery, Newton in 2007. Her first exhibition was in 1999 with a solo show at Antiques & Angels, Northcote Point, [France and Italy: 'A Visual Diary'] and in 2001 she was a finalist in the Cranleigh Barton Drawing Award at the Canterbury Museum. Following is a list of her exhibitions since 2009.