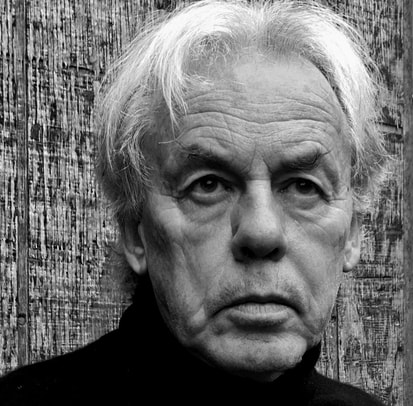 Born in 1951, Barry Read grew up on the North Island's west coast. He attended Elam School of Fine Art in the early 1970s before painting and exhibiting full-time. In 1980, in a change of direction, he travelled to the UK and joined the BBCtv Design Department and worked on major productions there. Since returning to Aotearoa/NZ he has continued working as a 3-dimensional designer and draughtsman, predominantly in film and television set design. This new work is a return to roots.

Email: bazread@gmail.com
Mobile: +64 276 11 7365.
​Twitter: @FutureRail
Studio: 5 Oldfield Road, Wayby, RD2 Wellsford, 0972. Appointment only.
For an excellent interview with Barry leading up to his 2018 exhibition, please scroll down to the bottom.

Below, Barry's paintings from his exhibition ​Zone C
at Mangawhai Artists Gallery in September 2018. 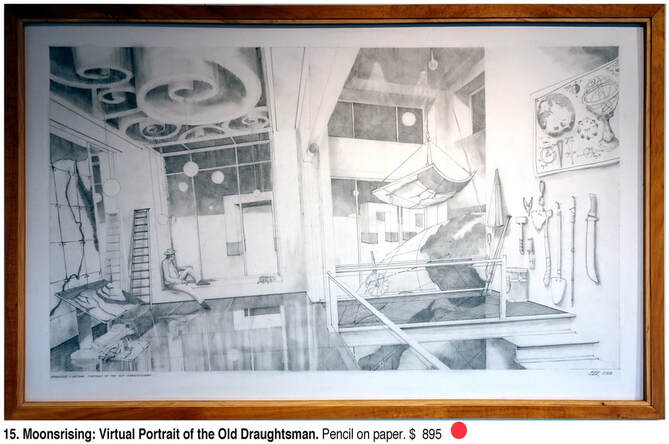 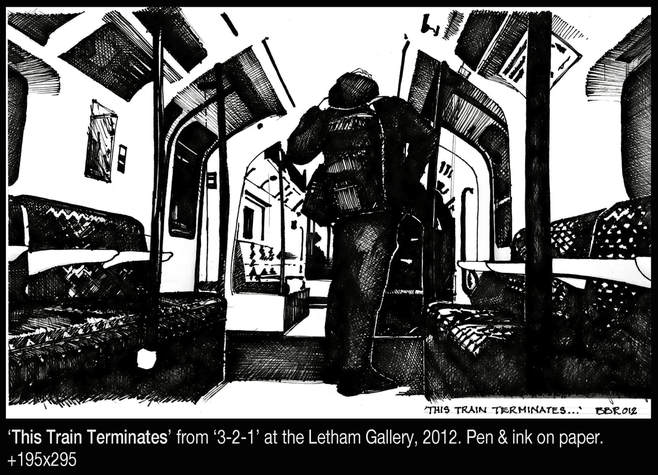 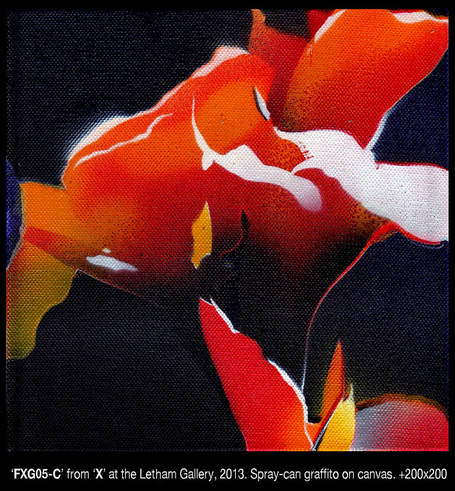 Barry Read exhibited at Mangawhai Artists Gallery, 14-25 September 2018. He talked to Kerry Allen prior to the show.

Hi Barry, it’s fantastic that you’ve given me some time to talk to you about your forthcoming exhibition at Mangawhai Artists Gallery. So would you like to talk about your show, shall I ask you a few questions?

Where do you come from?
I always say that I come from outer suburbia because I lived on the outskirts of Waiuku. And although we played on the coast, the house was a suburban house and there was a paddock between the suburban houses. It won’t be like that now but it was like, yeah, the outer rings of suburbia. In a Keith Hay home. My mother’s family are from Pakiri. So we all spent summer holidays there.

Where have you exhibited before?
In the early days I exhibited throughout NZ and then, when I was in London, I exhibited in the UK, Barcelona and St Petersburg.

You also work in film.
They all overlap because most of my film work is draughting, so creating textures.  It’s all about the way something is transformed by light, whether that’s a film or an art work. Designing for film isn’t architecture, it’s about designing for the camera. You can create something quite abstract on a film that then translates as realism on screen. So they have those same sort of qualities, it’s translation of ideas. With film you’re just a small part of a massive moving machine of cogs and levers and upsets and distraught people and happy people, all those emotions. But when you paint the only person to suffer angst is yourself.

What’s your new show about? What does your work represent?
It’s turned into quite a broad sort of brush-stroke in a way. There are two elements. The drawings I’ve restricted to pencil on paper.  The process is not as important as getting the idea across.
With the paintings it was quite different, there’s actually quite a range. I was interested to carry on an experiment begun ten years ago - much more textural - it’s that thing about light again. I start by drawing with texture and it’s an exciting process because things that aren’t obvious in the underpainting can appear through the layers of translucent paint. The underpainting has an influence on the end painting so when I start that process I have an idea of where I’m going, but not the specifics.

Right. So it’s partly intentional and partly accidental?
It’s loose. It’s true with the drawings too in a way. The last drawing has become - I had an idea about what I wanted to say, and I had an idea about the dynamic, but what I hadn’t counted on was that all of the characters emerged. It’s a bit like when writers talk about characters emerging in their own right. That’s sort of what’s happened in the drawing and that’s definitely what happens in the paintings. The characters or the characterisation of the piece emerges from the rather loose initial interpretation. So the details establish themselves in a way, is what I’m saying.

What does your work aim to say?
I’m interested in landscape and the interaction of the straight-line mechanical with nature. And I’m exploring the ideas of colonialism and tribalism because we live in disturbing times and the politics of fear. Where anybody different is ‘stranger’ and ‘danger’.
The thing about the drawing I’m working on now, The Colonialists, is that’s the endgame isn’t it? The end game is to dominate, for one culture to dominate another culture. In that drawing the horses aren’t being ridden solely by Western men of course, but the majority of them are.

Who would you say are your biggest influences?
The major influence for me, and my greatest stroke of luck, was going to the BBC, and there I met some of the great draughtsmen and draughtswomen, fantastic, beautiful, stunning, unbelievable work being done. So I learned to draw in a way I’d never drawn before I went to work there, because I got less precious I guess.
A friend of mine once said that the way to become a good draughtsman is to draw every day, which is quite true, but I’m a bit more lazy than that. But the thing about doing a job like set design is that you’re a long way down the food chain in terms of the production process. So you can’t stamp and spit the dummy and tell the person who’s asking you to draw something that it’s a piece of shit, because they’re not responsible for it either. Everybody’s translating an idea from higher up. Also, if you start work at eight, you start work at eight.

All of the things I could indulge in when I was working on my own account, you can’t indulge in that when you’re working in an industry like that, and the BBC was very structured, so you have to stop, you have to get rid of the preciousness. The other part of it is that you also get less stressed by getting it right or wrong because at the end of the day what people are looking for is a translation, they want information.

I think that’s the other thing I learned really. Once I was very cautious about putting a line on paper because I felt that if I got it wrong, I got it wrong, and that was something finite. But now I don’t care because a rubber is just as good a drawing instrument as a pencil. Or scrubbing out colour is just as valid as putting paint on. The negative is as important as the positive.

And, although not quite an influence, I’ve been touched by Slartibartfast in A Hitchhiker’s Guide to the Galaxy. He’s quite an isolated character, living on his own. The scenes around him don’t involve a team of architects for instance. He seems to be working away on his own, and at odds with the directive. He’s not so much interested in the Big Picture as the manufacture of it.

What have you risked or sacrificed to make your work?
Oh. I’ve hardly ever had a proper job. It’s financially risky. But sometimes it pays quite well too. The film work pays quite well sometimes. But it’s erratic. So I guess that’s what you sacrifice, isn’t it. You sacrifice the certainty in your financial life. But then, of course a lot of people think they have certainty and suddenly their job falls. So I guess the sacrifices I’ve made are willing ones.